A morte do Arcebispo Lefebvre

As the great majority of you surely know already, Archbishop Lefebvre died in the early hours of Monday morning, March 25, Western European time. He was in his 86th year and he felt he had fulfilled his mission on earth, so for his part he was quite ready to depart this life. Yet for us his death was still a shock.

For many years he had seemed in such good health that few if any of us took seriously his own repeated references to his coming death. We readily imagined his living for another ten years to continue guiding the Society of St. Pius X with his irreplaceable experience and wisdom, especially through the next few years. Truth to tell, whenever he were to have died, it would have seemed too soon. But now he is gone from amongst us here on earth.

He was hospitalized in Martigny in the Canton of the Valais near Ecône in Switzerland on March 9, as a result of violent pains in the abdomen. The doctors having discovered an alarming lump, they decided on an operation which took place on Monday, March 18. A large cancerous tumour was removed. For several days he seemed to be slowly recovering until on Sunday morning March 24 he fell into a high fever. Antibiotics reduced the fever but also overwhelmed the organism – at 11 pm on Sunday night he lapsed into a coma. Reanimation could not save him. At 3:30 am in the early hours of Monday morning on the day which is normally the Feast of the Annunciation he breathed his last, and gave back to God his heroic and pure soul –

No doubt they did. Imagine, whenever it took place, the Archbishop's triumphal entry into heaven! Was it coincidental that a specially bright Aurora Borealis lit up the Northern sky in Europe and in parts of the U.S. on the night of his death? It was a suitable omen for a world-wide event, because the whole world has lost in him one of those great pontiffs whose intercessory prayer shields us from the wrath of God. In 1968 Padre Pio died, in 1969 arrived the Novus Ordo Missae... What new peril draws near this time?

For during this time even his enemies within the Church have depended upon him. For instance, had he not consecrated bishops in the summer of 1988, "Ecclesia Dei" and St. Peter's Society would not even exist, and all those conservative Catholics who condemn his disobedience or hubris would have no Indult Mass from the comfort of which to spurn those consecrations. Similarly had he not braced the whole Traditional wing of the Church in the 1970's, the left-wingers would have swept the middle-of-the-roaders and themselves to destruction years ago, they would all by now be One World social workers, and there would have been, had it depended upon them, no official church left standing from the platform of which to suspend or excommunicate him.

He sustained his enemies even as he nourished his friends, for he sustained the Truth, and even liars need a half of truth to market their wares. He passed for being the greatest enemy of recent Popes – certainly he was the only one they excommunicated – yet by resisting their corrosive Liberalism, he alone will have saved their Papacy which, left to themselves, they would have destroyed. Thus friend and foe in the Church leant on him. Now he is gone. Mother Church moves into the post-Lefebvre era.

As for his own foundation, the Priestly Society of St. Pius X, of course the enemies of Tradition have long been waiting for the Archbishop's death to ensure its disintegration, and humanly speaking, given the value of Archbishop Lefebvre's presence and advice right up to the end, they will normally be right. However, before he died Archbishop Lefebvre provided his Society with all that it needed by way of structure and successors to carry on his work.

Firstly, as Superior General to run the society, he had himself replaced as far back as 1982 by Fr. Franz Schmidberger for a 12-year term running until 1994, for the first two thirds of which term the Archbishop was always available to help and advise him. Now Fr. Schmidberger is on his own. We must pray for him in earnest, especially as Rome is bound to start up the carrot and stick routine all over again.

Secondly, in his functions as bishop the Archbishop consecrated four successors to ordain and confirm, on that famous June 30 of 1988. How wisely he provided! Imagine where Tradition would now be without those four. Yet it was a truly agonizing decision at the time, and a stupendous achievement. Single-handed, for such decisions are absolutely lonely, the Archbishop created out of his faith and courage and thin air a viable future for Catholic Tradition, and for the Catholic Church.

So by this historic action the Society was equipped with all that it needs to continue operating as the Church's emergency lighting system, until such time as the main lights get turned on again. If it too fails, it will not have been the Archbishop's fault.

Will it fail? If it depends on human weakness, yes; if it depends on God's grace, no. And what does the Lord God have in mind? Only He knows. We had fondly thought he would conserve the Archbishop to guide us for many years yet, but the Archbishop was right, it was not to be. We may now fondly think that the Society is meant by God to be His light-bearer until the Church's crisis is over, but the Lord God is not short of alternatives, and He may have in mind still more darkness. It would not be undeserved.

However, it is never to be forgotten that, as St. Augustine said, He abandons nobody who has not first abandoned Him. With or without the great Archbishop, with or without his little Society, no sheep that seeks the Good Shepherd will be forced to lose Him. That is an intrinsic impossibility. "Fear not, little flock, for it hath pleased your Father to give you a kingdom" (Lk XII, 32). Then while grieving for the loss of the Society's founder and father, let us thank God that we had such a leader for so long, and let us rely on God's grace to carry on where he left off.

The Catholic Church cannot fail, so for the machinery of its continuance God will provide, even as He provided us with the Archbishop. When we see how God has steered us through the last twenty years, it is not difficult to put our trust in Him for the next twenty.

Concerning the Archbishop personally, a journalist asked recently what was my outstanding memory of the man. I gave maybe a surprising answer: his objectivity. He had of course a uniquely attractive personality because he was a saint – gentle, simple, kind, humble, humorous and so on without a trace of sentimentality, but that was not the point. Underneath all that lay a great intelligence and faith and firmness of character, but that was still not the point. Essentially he was a man empty of self and full of God. To meet him, to talk to him, was to see, through him, the Truth, Our Lord Jesus Christ, the Catholic Church. He was like a window on the interests of God. Not he, but Christ, lived within him, and yet he was Marcel Lefebvre and nobody else. And what a marvellous man he was! Shakespeare again –

"His life was gentle and the elements
So mixed in him that Nature might stand up
And say to all the world, 'This was a man'."

However, even these noble lines on the stoic hero fall a long way beneath doing justice to the supernatural hero, the saint who has left us ...

... left us in a darker world without him? Yes and no. Sanctity is infectious, saints breed saints. We are the legacy that the Archbishop bequeaths to the world. Oh no, we are not saints, but we of the Society of St. Pius X have had a marvellous saint amongst us, we should have caught the infection, and if we have, then we need only spread it for what was marvellous in him to continue. Archbishop Lefebvre lives!

When I accompanied him once on a journey to Ireland, our plane, waiting to take off from London Airport, was being shaken by the thunderous roar of the supersonic Concorde leaving just in front of us. What a marvellous piece of work is man, I commented, to have invented the Concorde. The Archbishop quietly replied, how much more marvellous the God who invented the inventor. Similarly, if it has been so marvellous to know one of Jesus' great saints and master-creations here on earth, how much more marvelous to know Jesus himself in heaven!

With much serenity I shall attend the Archbishop’s funeral on April 2. Count on me to lay by his casket all that I can imagine of your gratitude, affection, and prayers.

Sincerely yours in the Divine Master’s service, 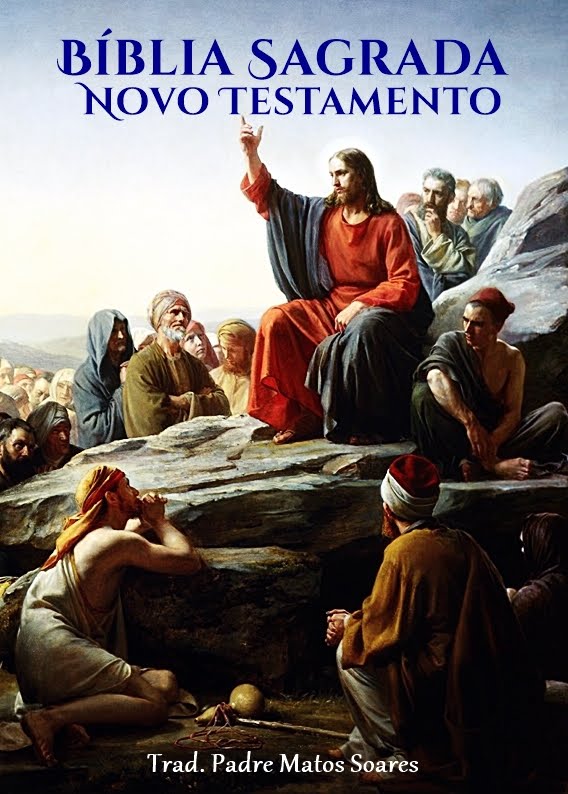 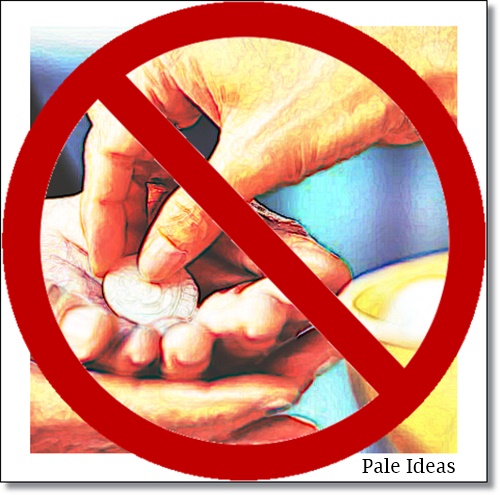 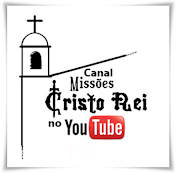 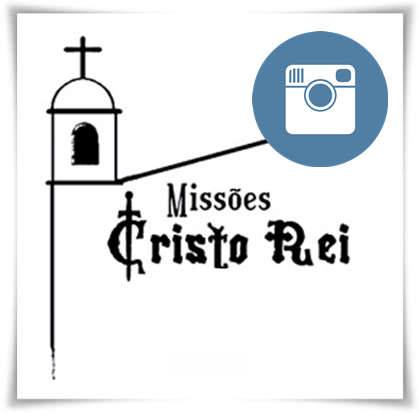 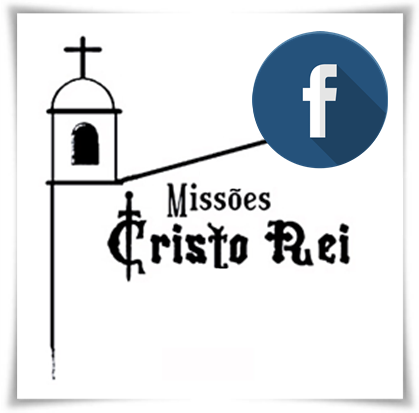 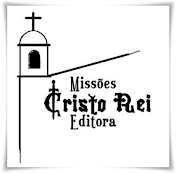 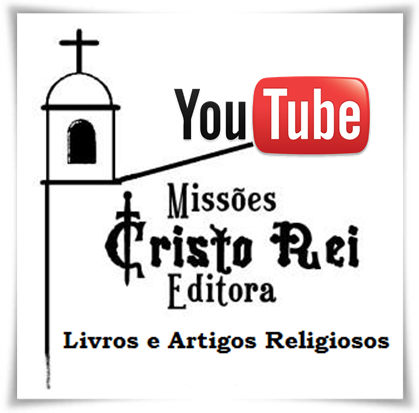 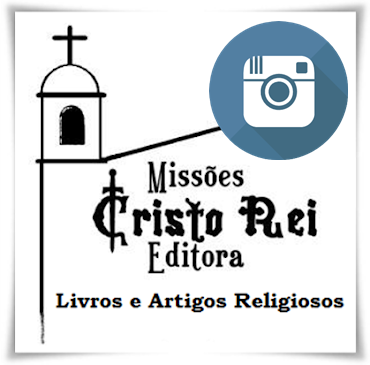 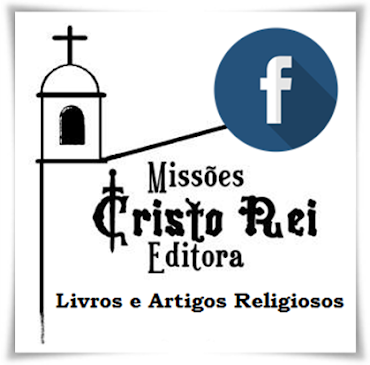 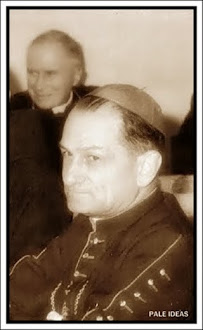 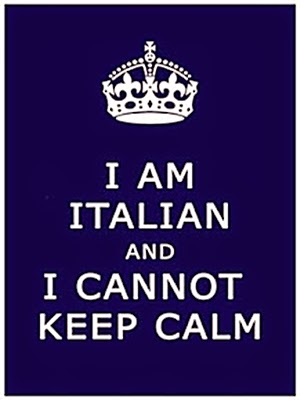 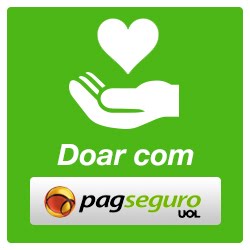 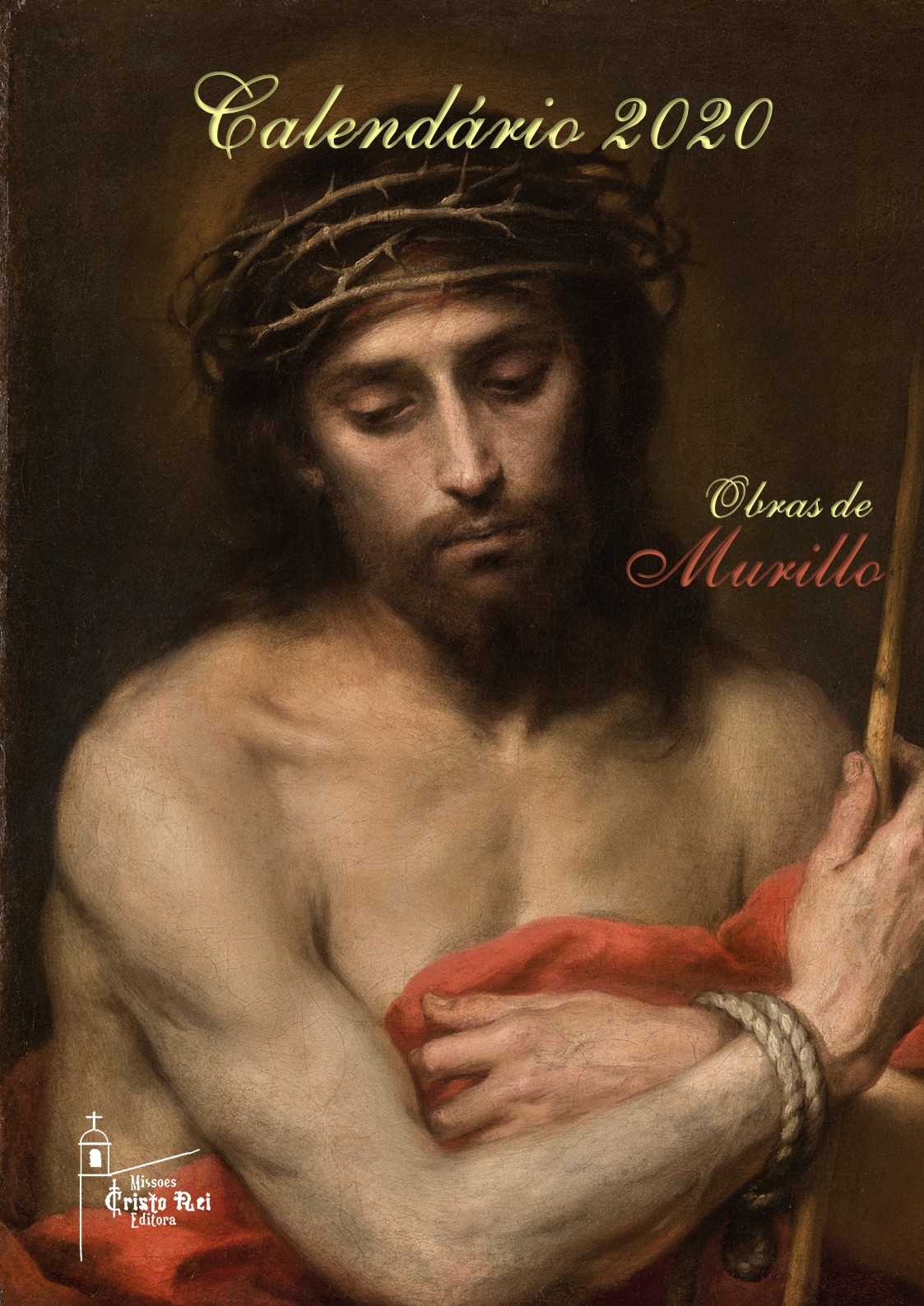 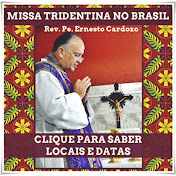 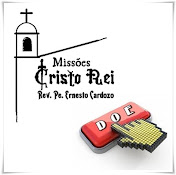 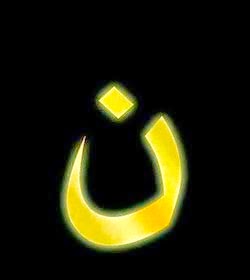 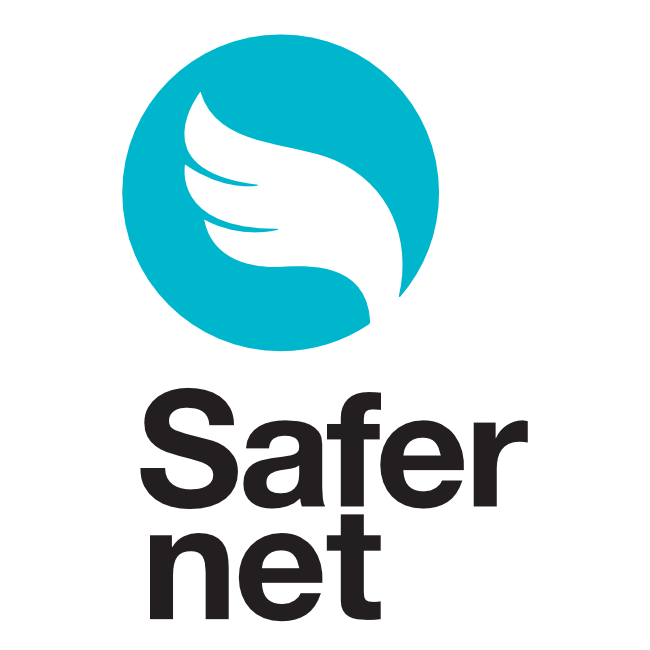 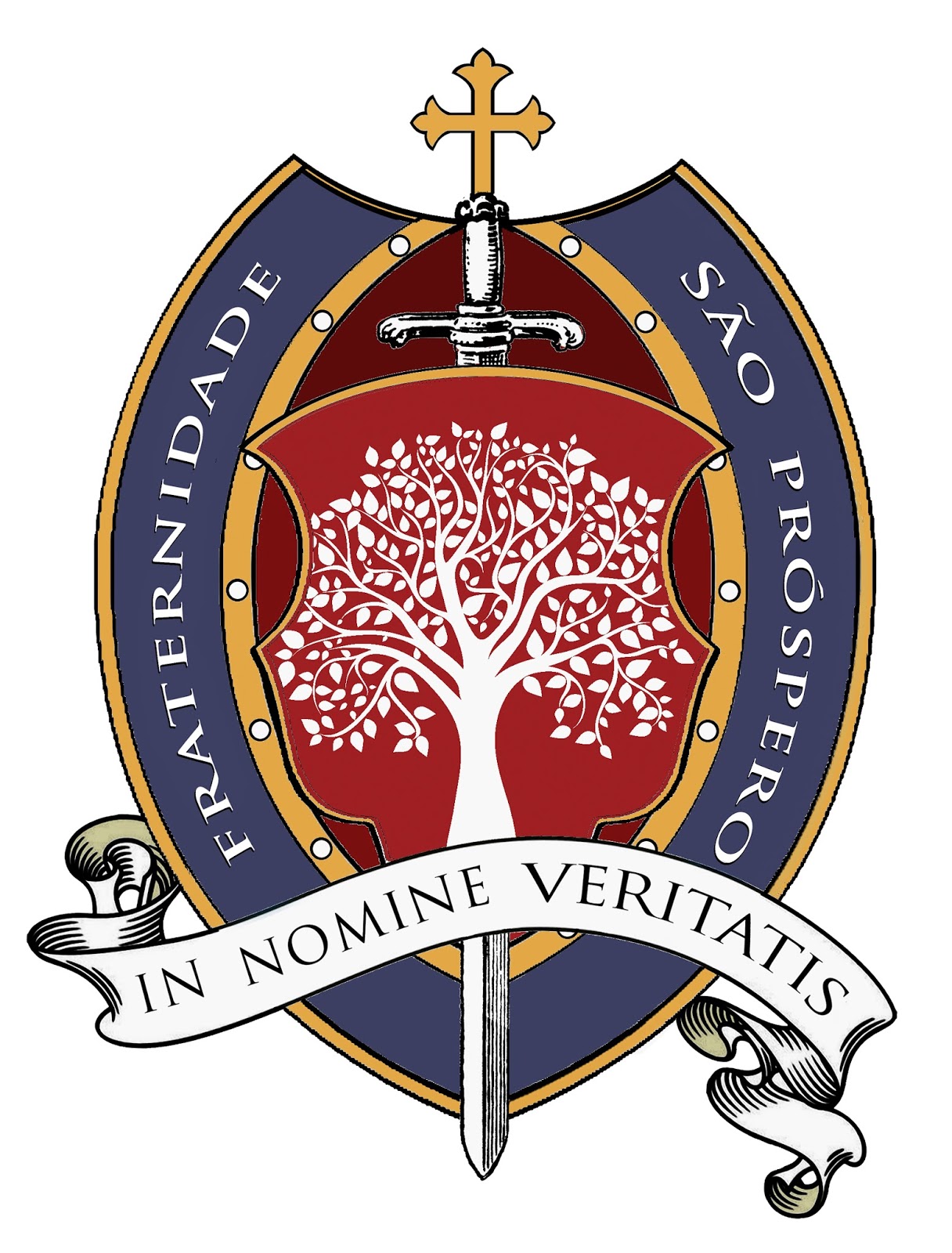